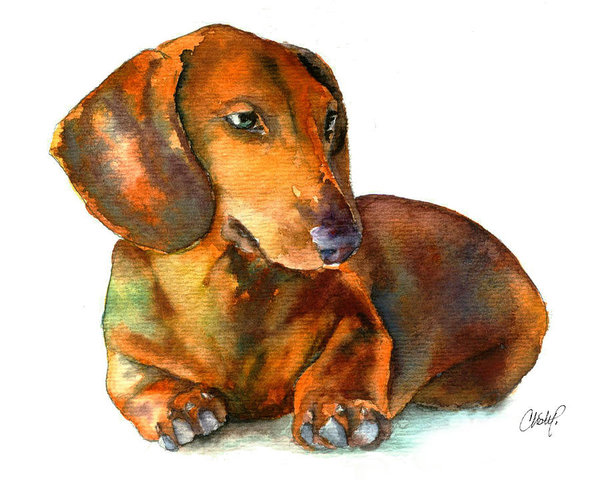 Teckel and Dackel are words that refer to the Dachshund, but are there nuanced differences between any of them? Let’s try to sort it out:

To complicate matters, we’ve also read that in the northern tip of Germany, “Teckel” is more commonly used, while in the southern end, Dachshund and Teckel were combined to come up with “Dackel.”  We came across a conversation in a breed forum in which someone wrote:  “Dackel is just a short form of Dachshund. The -el is very common in German. Gretta vs Gretel etc. And Teckel is just a regional difference.”

Perhaps a German born Dachshund-owner can clear this up for us?

In Britain, meanwhile, a Teckel typically refers to a working type of Dachshund, and more specifically, a wire haired variety, at that.

Merriam-Webster says that the word, “Dachshund” entered the English language around 1882. but the first verifiable reference to “Dachshund,” originally named the “Tachs Kriecher” (badger crawler) or “Tachs Krieger” (badger catcher), was made in books written much earlier in the early 1700s.

Dachshund Puppy by Christy Freeman is available for purchase here.