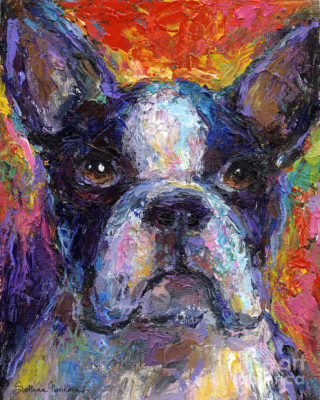 The stud dog ads we came across recently in an issue of Dogdom from 1924 stopped just short of making the outrageous claim of our post title, but they came close, and we share a couple of them below. 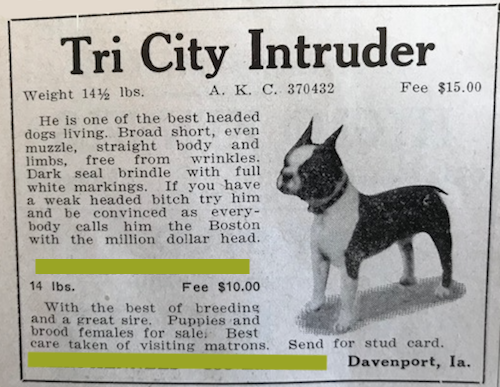 We’ve blocked out the owner’s name just in case they’re still living, or their descendents are reading this. You never know. 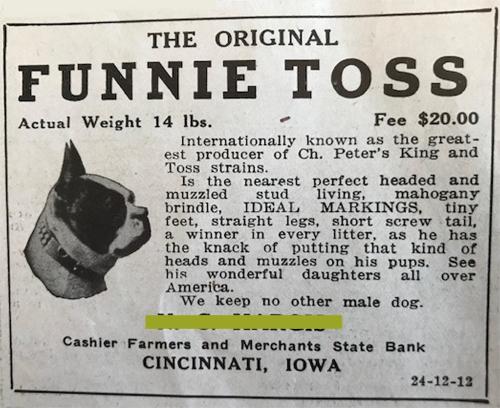 Ok, we’re done having a little fun with these marvelous advertisements from nearly 100 years ago and instead, we tip our hat to the owners who knew the importance of the head in their breed.

While an awful lot has changed in the landscape of dog ownership since 1924, what hasn’t changed is how Boston Terrier fanciers regard their breed’s head. The official AKC breed standard indicates that a most important characteristic of the Boston Terrier is an expression that is alert and kind, and indicating a high degree of intelligence, and this can’t happen on an incorrect head. The muzzle cannot be too narrow as compared to the skull, nor can the skull be too round. It should be square, flat on top, with flat cheeks flat, an abrupt brow, a broad jaw, and a well defined stop. Indeed, the Boston’s head sets him apart from all other breeds, and while it’s possible that most of us might not be able to adequately describe a good Boston Terrier Head, it’s said that a Boston with a correct head will take our breath away.

Little wonder, then, that early breeders made so much of their dogs’ heads. It mattered then, and it still does.

2 thoughts on “The Best Boston Terrier Head in the Galaxy”