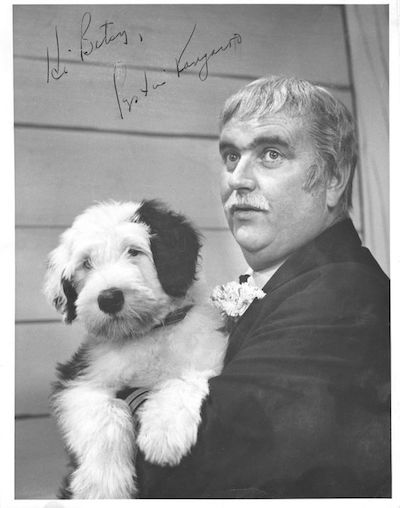 In a gentler time,  the names, Mr. Green Jeans, Mr. Moose, Mighty Manfred the Wonder Dog, and Grandfather Clock were familiar to children who watched the television program, Captain Kangaroo. Debuting on the same day (but on different networks) as The Mickey Mouse Club in 1955,  Captain Kangaroo was on the air from 1955 to 1984 and would become the longest running children’s show. For anyone wondering, Sesame Street has been on the air for longer, but was only on a commercial channel for the first few years of its production; Captain Kangaroo was on a commercial television channel for all of its thirty year run before moving to PBS where it ran for another six years.  Captain Kangaroo was also the first to racially integrate making sitcom history with the casting of James Wall, the African-American playing Captain Kangaroo’s neighbor, Mr. Baxter. 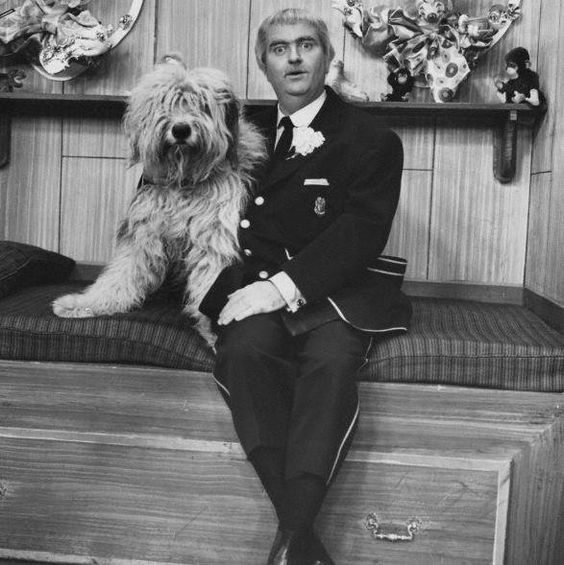 Captain Kangaroo was wildly popular with children and was formatted along the lines of a variety show for that demographic.  There were cartoons (like Tom Terrific), songs, short skits, and a variety of interactions with puppets and guests, all geared towards the attention span of a child.  The show won six Emmy Awards, three Gabriels and three Peabody Awards in the course of its run.

Long before his portrayal of Captain Kangaroo, Bob Keeshan was a veteran of children’s television having originated the role of Clarabell the Clown on the Howdy Doody from the show’s premiere until 1952 (his signature “mute clown move” was to pretend to honk a horn to get the attention of the other characters). With his Dutch-boy haircut, bottle-brush mustache and uniform coat with pouch pockets, Captain Kangaroo was a non-threatening, grandfatherly presence on morning network television. As the Captain, he would stroll through his Treasure House, jangle his keys as the theme music played, and when he dropped his keys, the music stopped.  Like we said, a simpler time, though critics faulted the show’s avoidance of real life situations.  Keeshan said in an interview with the Washington Post in 1980 that it was intentional: “We think that real life for 7-year-olds is all about getting along together and valuing friends and having good health habits. The main thing is to make the child feel good about [them]self. We’re trying to make them feel they’re of value in the world.”

Sadly, Keeshan died in 2004 at the age of 76, and in tribute to his famous grandfather, Keeshan’s grandson, Britton, became the youngest person to climb the Seven Summits at age 22 by scaling Mount Everest in 2004 four months after his grandfather died. Britton brought along a photo of the television icon and buried it at the summit.

We circle back to the first paragraph in which we mentioned a few of the characters appearing on Captain Kangaroo. We left out the Captain’s dog “Bebe,” an Old English Sheepdog who often made appearances on the show. Do our readers of a certain generation remember her?

2 thoughts on “The Captain’s Bebe”