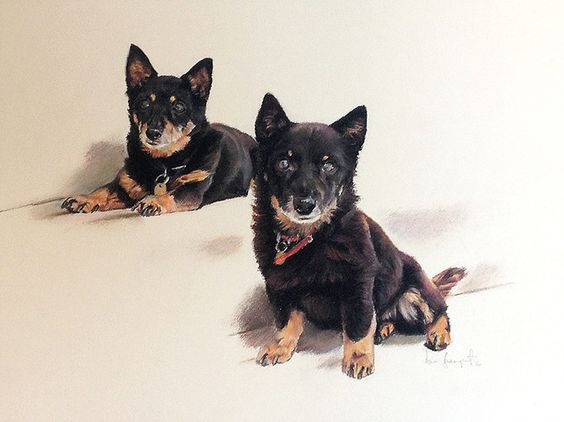 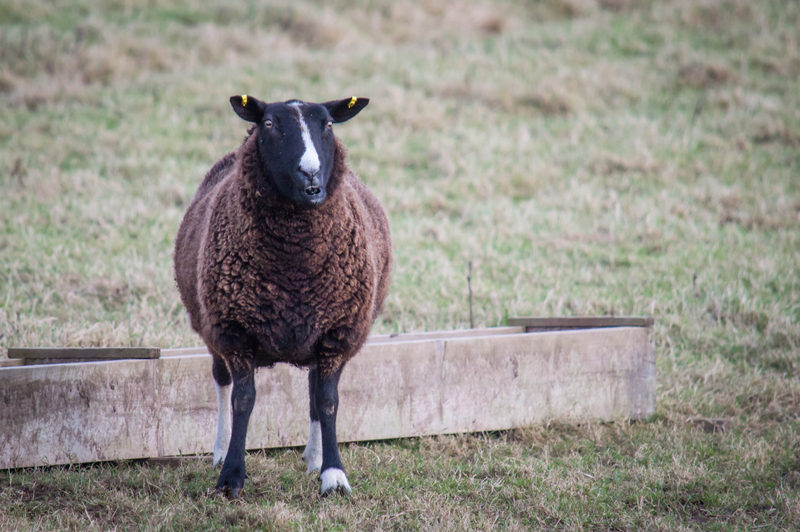 Alaw (whose name means “melodious”) is a Balwen Welsh Mountain sheep. Her breed originated in the Tywi valley in Wales, a neck of the woods that includes the Towy River and the Cambrian Mountains. Her kind is said to be nimble and especially devious. Look at her face and the look in her eyes. Devious, right?

It took an equally clever dog to work these sheep in the Welsh mountains for over a thousand years,  and the predecessors of such dogs were named in the ancient laws of Wales dating back to 920 AD. They were called Covert Hounds or Gellgy. In more modern times, (“modern” being a relative terms in our usage here), these dogs came to be known as Welsh Black-And Tan Sheepdogs. In its day, it was one of four indigenous sheepdogs of Wales, the others being the Welsh Blue-Gray, the Old Welsh Grey, and the Welsh Hillman, and you can’t see one anymore because it is believed to be extinct.

We mentioned that Balwen Welsh Mountain sheep were crafty, guileful critters who needed a working dog equal to their schemes. Though the Welsh Black-And Tan Sheepdog is now gone, cynologists believe it was an ancestor to a couple of other clever breeds, the Lancashire Heeler, and perhaps the Manchester Terrier. There is one more “bond” that Alaw has with the Lancashire Heeler and Manchester Terrier. The Balwen Welsh Mountain sheep is currently listed as ‘Vulnerable‘ by the British Rare Breeds Survival Trust, and both the Lancashire and Manchester appear on the UK’s Kennel Club list of Vulnerable breeds of British or Irish origin.  It’s not a calling card we wish on any species. It is, however, why we feature the Lancashire Heeler artwork by Davina Bosanquet whose work we suggest you visit and support here