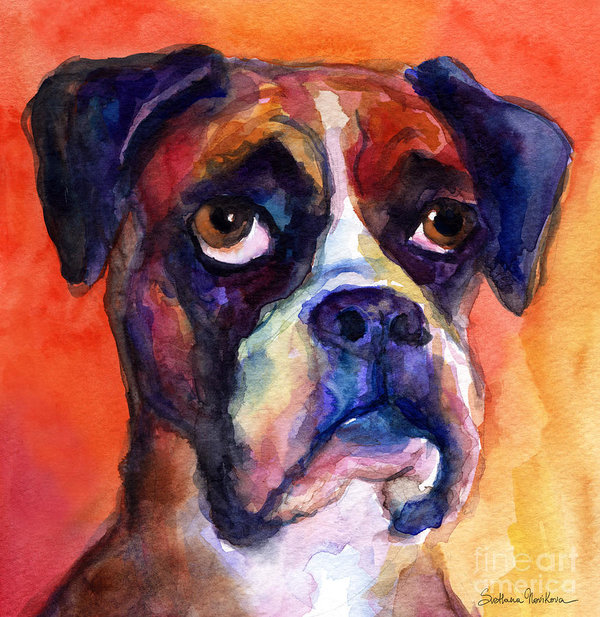 In terms of conformation, Boxers that are any color other than fawn or brindle are a disqualification in a show ring, and if there are any white markings, they should be distributed on the dog in a way that enhances his or her appearance; according to the AKC standard, the dog’s flanks or on the dog’s back are not desirable places for that white. White can also appear on the dog’s face in place of part of its otherwise black mask, and it can extend upwards between the eyes, but not so excessively that it’s a distraction. That said, the white shouldn’t exceed one-third of the dog’s entire coat.

Without white markings, the dogs’ color is called “plain” fawn or brindle, while random white markings are often described as a “flashy fawn” or “flashy Brindle.”

As an aside, brindle is actually a striping pattern, and technically not a color. It’s influenced by what are called “modifiers,” so the stripes of a brindle can be sparse (but defined), or so heavy that the fawn color background scarcely shows through. The latter are often called “seal,” “reverse,” or “black” brindles. Black brindles are still brindles, it’s just that the dog doesn’t carry the gene for the black color.

Marking patterns are also impacted by modifiers, so that a “flashy Boxer” is genetically the same as another flashy Boxer, but it won’t be phenotypically (or visually) the same.

One thought on “The “Flashy” Boxer”