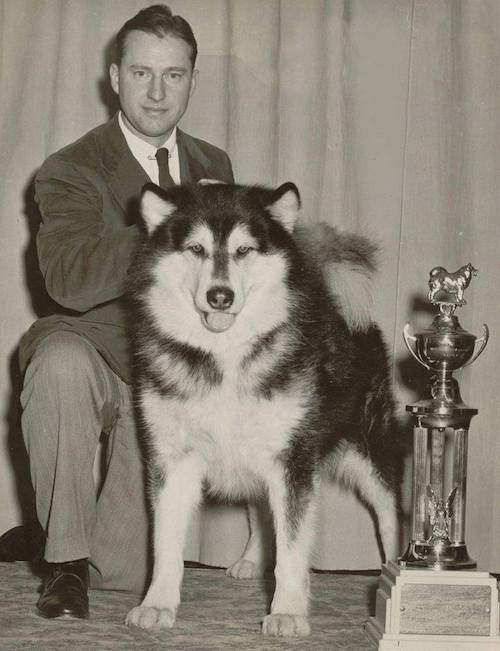 In another post, we talked about bloodlines and strains, what the differences are between them, and opined that they are essentially the same thing: Type within a breed that has been developed by an individual from a specific kennel.  We used the Alaskan Malamute as an example, a breed in which the Kotzebue, Hinman, and M’Loot lines, foundation lines of the breed, are good illustrations of the point. In that post, we expanded upon the Kotzebue line, and today, we’ll delve a bit more into the M’Loot and Hinman lines.

Paul Voelker originated the M’Loot line with Malamutes he acquired from trips to Alaska, teams sold to Hollywood for use in movies, from the army at Camp Rimini, Montana, and from trips he made crisscrossing the country. Voelker was an experienced musher,  and he knew what he wanted: A taller (35 inches at the withers) dog that was heavier, bigger boned, and longer-legged than the smaller and more compact Kotzebue Malamutes. M’Loot Mals also had narrower chests, their ears were bigger, their noses were longer, the colors were more diverse (they included red), and their rears were better.  M’Loot dogs tended to be a tad aggressive, and some even said they were prone to fighting, and thus more difficult to handle. 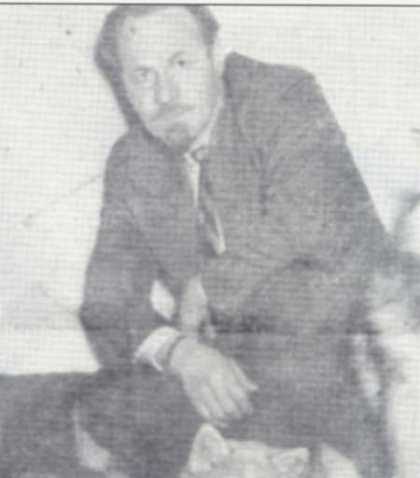 Be that as it may, several kennels used M’Loot dogs in their own breeding programs including Silver Sled in  Pewaukee,Wisconsin. They produced the first female champion of the breed, Ch. Ooloo M’Loot, who can be found at the back of the pedigrees of many of today’s Malamutes. Another person to use M’Loot dogs was Robert Zoller, the owner of Husky-Pak Kennels. In the 1950s and 1960s, he crossed the Kotzebues and M’Loot lines since he liked traits of both. Many felt the crosses gave balance to the M’Loot line. Originally, he had visited Chinook Kennels but found the dogs weren’t exactly what he wanted. He was advised to visit Dick Hinman, and Zolle later wrote about his visit: “Dick Hinman was a barber and when I got there, he was in the middle of giving somebody a haircut. There weren’t many Malamute people in those days, and I guess he was just as happy as I was to talk to someone about them. He sent me around back his kennel where he had these two dogs. I looked up this hill, and there were two of the most impressive Malamutes I’ve ever seen in my life. They were chained, and I knew this was what I thought a Malamute should look like. Hinman had a litter and told me that one was the sire of the litter and the other grandfather.”

Some of the dogs were co-owned (our impression) by Dave Irwin, and their dogs are now referred to as the Hinman-Irwin dogs. Zoller liked the Hinman-Irwin Malamutes because they were similar to each other, but slightly different in type from the M’Loots and Kotzebue dogs.

Original M’Loots weren’t registered with the AKC, and the Hinman and M’Loot strains were recognized only after the second world war. By 1950, the AKC saw a decline in registered Alaskan Malamutes, no doubt a combination of occurrences: The number of dogs in the Chinook Kennel had been depleted by the war, the snowmobile had reduced the need for freighting dogs in Alaska so there weren’t many there, and any dogs kept for search and rescue in Antarctica or at a weather station were unavailable for breedings in the lower states. When the “base stock” of registered Alaskan Malamutes dropped to thirty dogs, the AKC reopened the stud book for further registrations. While this didn’t please those individuals who felt that many Malamutes were poor representatives of the breed, this delighted the owners of the M’Loot and Hinman-Irwin dogs.

Though none of the dogs owned by Dick Hinman, Dave Irwin, or Paul Voelker were ever registered, many of the dogs who’d been bought from them were successfully entered in the Stud Book

Our image comes from a Facebook post from 2017 which announced that Robert J. Zoller of Husky-Pak Kennels had passed away at the age of 101 years old.