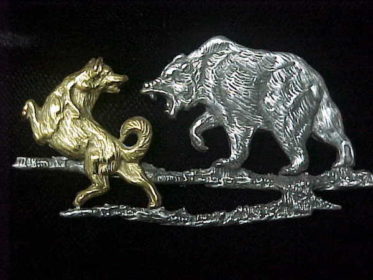 The Matagi culture has been traditional hunters of bear and deer found in the forest of Northern Japan for over four hundred yearas. For these men, hunting is a sacred act often performed in traditional garments and begun with a prayer. If a bear is taken (often with the same weapon an ancestor used seven generations ago), its remains are rendered using a traditional Matagi knife. An offering to the Deity of the Mountains (Yama-no-Kami) is typically left behind, and is usually part of the bear. The Matagi hunt is so spiritual a practice that it wasn’t until 2017 that an outsider was allowed to document it.

Before Japanese preservation societies preserved native breeds like the Shiba-Inu, Hokkaido-Inu, Kai-Inu, Kisyu-Inu, Ryukyu-Inu, and the Shikoku-Inu, the Matagi bred the dogs for hunting much as their ancestors did 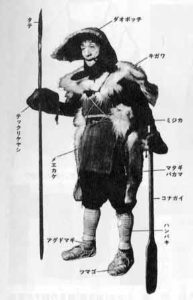 Interestingly, the ancestor of the Akita was called the Matagi dog and was used by Matagi hunters to track larger prey.  A sad old folk tale tells the story of a Matagi hunter, “Satoroku” who went hunting with his Akita, “Siro.”  By accident, Satoroku tracked an animal across the border, but on his way  back, he realized he’d forgotten his hunting license. Told by a border guard that he would be executed if he failed to present his license before dawn, Satoroku told his dog to rush home and retrieve the license.

A very tired Siro tried to run as fast as he could, but it wasn’t fast enough to get back to Satoroku in time. Siro barked to the village that his owner had been executed. To commemorate this faithful dog, the villagers built a shrine called “Rouken-Zinzya.”  The shrine is located at Odate city, and every April 17th, there is a festival to commemorate the Matagi dog – or Akita

Increased regulations, high taxes, conflicts with environmentalists, and special licenses granted only after an exam has been been passed, however, have put the Matagi at risk of extinction, particularly since its traditional lifestyle isn’t resonating with a younger generation. Matagi members are aging.