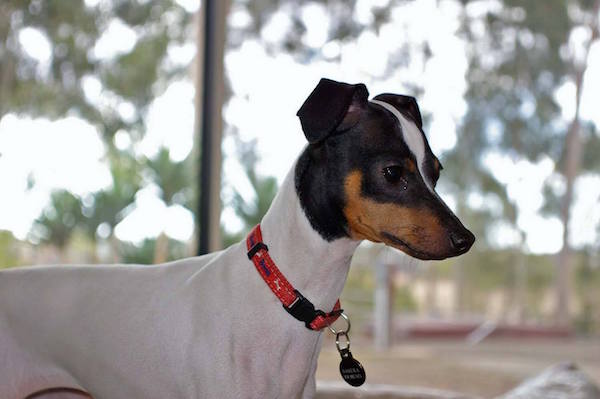 The Nihon Teria is a timid, cheerful and highly intelligent breed. Fairly quiet, these clean, sensitive, and lighthearted dogs enjoy being with both adults and children making it understandable why the breed is so well liked by Japanese families.

The breed’s earliest origins can be found in Smooth Fox Terriers that were brought by the Dutch to Japan in the 17th century, and bred with small pointers and local dogs. In time, a type emerged and was fairly set by 1930. The breed soon became popular as companions and lapdogs in the cities of Nagasaki, Kobe and Yokohama, but the dogs are still considered uncommon even in Japan. The Nihon Teria was recognized by the Japanese Kennel Club in 1930, the FCI in 1998, and the United Kennel Club in America in 2006, but you may recognize the breed by it’s “anglo name:” The Japanese Terrier.

As an aside, did you know that the Smooth Fox terrier was the very first breed from the fox terrier family to be officially recognized by the The Kennel Club?

2 thoughts on “The Nihon Teria”