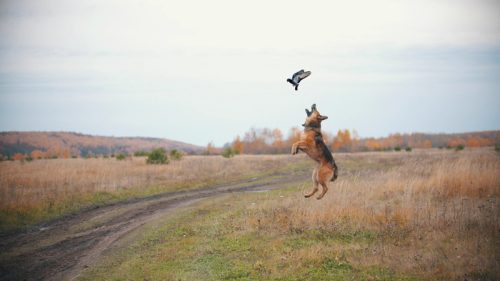 Dogs being dogs, they like to chase and leap at pigeons. Short of retrieving one that’s been shot for the night’s meal, that’s as close as we’d want a dog to a pigeon, and we sure don’t want one having a pigeon breast.

Confession: Yes, our opening paragraph is a tortured stretch to get to the topic of pigeon breasts in dogs, but there it is.

To review: A dog normally has 13 pairs of ribs that come down from the spine’s thoracic vertebrae to the breastbone, or sternum. (remember that the “floating ribs” don’t always link up to the breastbone).  The breastbone, itself, has three different bones — the manubrium, the keel and the xiphoid process. 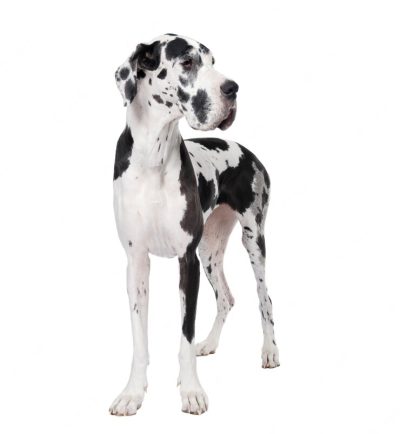 A rare and worst case scenario is when the manubrium comes to a point rather than curve, and it’s a bump that can be felt even in young puppies. It points to a dog with pectus carinatum, a malformation of the chest. Research has found that the deformity occurs more frequently in males than females, and colloquially, the condition is called a pigeon chest. A dog diagnosed with pectus carinatum often has other issues, including scoliosis, but the good news is that most pigeon-chested dogs live fairly normal lives if owners know that such a dog may be intolerant to much exercise. There are treatments that include chest-wall bracing and/or surgery, and those should be discussed with a vet.

Term “pigeon breast,” however, can have other meanings that aren’t as dire. People coming out of the horse world know “pigeon chest” to mean that a horse has too much of a meaty chest.  It can also refer to a dog with a narrow chest, a noticeable tuck up close to the elbows, and the lack of a posternum. There is a shorter breastbone, and when viewed from the side, the dog seems to be no forechest. With insufficient room for the heart and lungs,  such a dog lacks endurance. Some breed standards, such as the Great Dane’s and Chinook’s, stipulate that the forechest should be well developed, or that the forechest have a prominent posternum. Curious that the term means too much in one species, and too little in the other, but extremes are either end of the term are undesirable.

Image of dog leaping at pigeon by ©Konstantin Shishkin/Dreamstime stock photo; Image of Great Dane from open source FreePik was chosen to illustrate a lack of forechest