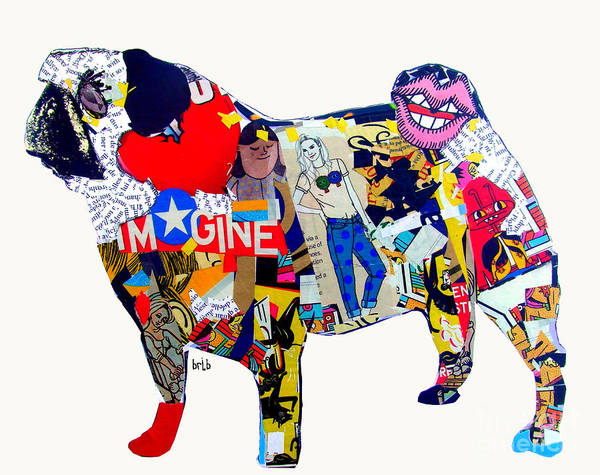 Did you know that genetically speaking, brindle is the rarest color in the Pug?

And did you know that it should be?

Not one respectable kennel club we know of accepts brindle in the Pug, a color/pattern that one study says is a whooping 1% of the Pug population.

Why isn’t it acceptable?

Because chances are excellent that a brindle Pug is not purebred.

Some say that a brindle Pug is the result of a crossbreeding, a ploy at manipulating gullible buyers into paying more money for a mixed breed dog under the guise that it’s a “rare” purebred brindle Pug.

Other sources write that a brindle Pug is the result of a recessive gene, and that the DNA of brindles suggests that a genetically purebred Pug can be born with a brindle fur pattern.  We defer to Pug fanciers on this (and we want to hear from you!)  but we find it telling that the AKC and Canadian Kennel Clubs recognize fawn or black, and the UK’s Kennel Club, Australian National Kennel Council, and the FCI Pug standards accept silver, apricot, fawn or black. Note: Brindle isn’t mentioned at all.

Despite it being the dominant color, black is said to be the second most common color in the breed. According to one source, some two-thirds  of Pugs are fawn colored, or in the fawn range (the gene that controls this difference is “K”).  We can’t authenticate the scientific nature of a survey taken of 2,693 Pug dog owners from 27 countries, but 65% of those who responded said their Pug was fawn, 22% were said to be black, and from there, 4%, were apricot, and 3% were silver-fawn.

We share these posts about unacceptable colors to offer a preemptive strike for people considering a brindle Pug. For anyone so inclined, they should enter into the transaction with eyes wide open. The dog may not be a purebred Pug, and they certainly can’t show it in a conformation ring.

We are all about education, and if someone has a different take on this, we’re all ears!

Rather than stigmatize anyone’s artwork of a brindle Pug with a derogatory post, our image is of a Pug whose coat is made up of pop art and magazine clippings, and we will bet the ranch that those patterns aren’t acceptable by any registry,

Image: Pug by Bri Buckley as a fleece blanket and in art work here