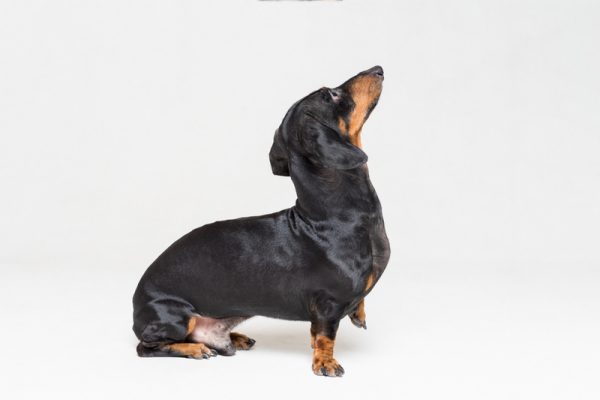 The forest floor was blanketed with crisp dead leaves that gave away every footstep of the dog and the falconer. Their breath wafted into the frosty air, and suddenly, the dog stood rigid, a tell tale sign that she had picked up a hot scent. The Sparrowhawk sitting on the leather gloved wrist of the falconer tensed and tinkled his leg bell just before the command was given to the dog to “seek.” The keen canine burst into action and plowed into a patch of wild shrubs, disturbing a rabbit that ran right into the open. The Sparrowhawk wasted no time in launching himself into the air, only to descend upon the rabbit and claim it. Was it the falconer’s imagination or did he really just see the hawk wink at his hunting partner in crime………….

The mind’s eye conjures up different images when envisioning a falconer working with a dog: Perhaps a dishdasha-garbed Middle Eastern falconer with a Saluki?  After all, Arabs were the first one to practice the sport, and an interest in falconry is passed down to from one generation to the next. Indeed, in 1983, the UAE became the first country to establish hospitals for falcons, the same year the country even issued passports to them.

Or perhaps we envision an English chap in knickers, a hunter green Jack Pyke Vest Falconry Vest and tweed Bristol driving cap, a peregrine perched on his leather glove and a Brittany by his side.

Thousands of years ago when people learned that a dog increases the chance of a successful hunt, dogs became an integral part of falconry. Indeed, falconry is one of the few sports where multiple species work together for a common goal. A wide range of breeds are used to work with falconers and their birds, and they have multiple uses from upland game bird pointing and squirrel treeing to rabbit flushing.

Among rabbit and squirrel hawkers, however, Dachshunds have made a particular impact. They are used to jump and run the rabbit which gives a hawk more opportunity to make the catch.  In squirrel hawking, Dachshunds help tree squirrels, and by running circles around the base, the dog keeps the squirrel in the tree which makes it more accessible to the hawk. A Dachshund can be taught not to run in on the hawk when it has captured its quarry, and that makes the dog non-threatening to the bird. Dachshies also flush game birds with ease because they’re smaller than other breeds, and have, for obvious reasons, a hound-like hunting style useful in areas of limited habitat and cover.

Dachshunds seem to “get” the team approach when working with a falconer and his bird of prey.  Both are very intelligent and independent, so each animal works well in a team setting when given some autonomy to do their jobs well.  Dachshunds can be very “profit-driven” dogs, so the reward of being allowed to run free, “scratch-and-sniff,” and flush prey makes them pretty motivated hunting partners.

There are kennels that specialize in Dachshunds bred specifically to service the needs of falconers. Indeed, one source writes that in the United States, Miniature Dachshunds are the most popular Rabbit/Hawking dogs!  In one chapter in the book, Rabbit Hawker’s Dogs: Dogs for the Bush,  falconer, mini Longhaired Dachshund breeder and AKC field trial and earth-dog judge, Teddy Moritz, maintains that despite their fragile looks, Minis are “tough little dogs ” that still retain the hunting instinct and merely require, “exposure to game.”  She adds that” in over twenty years, she has never had one grab a hawk or fight a hawk for the quarry.”