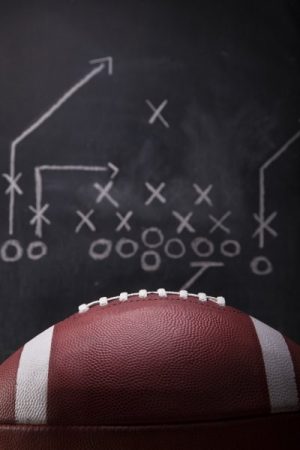 If you don’t follow football, (or not as ardently as some, you may have missed the chuckles generated by a completely unposed photograph of Bill Belichick’s dog, “Nike,” that was tweeted by Bryan Fischer on Draft Day.

This picture is what was expected, but during ESPN’s Day Two coverage of the 2020 NFL Draft,  split-screen images of different teams selecting their picks were shown, and when it came to Belichick and Nick Caserio’s draft war rooms, there was someone totally unexpected sitting in Belichick’s chair at the table: 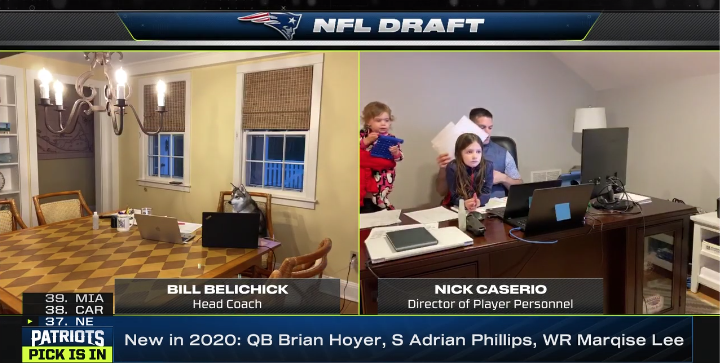 The dog is “Nike,”  Belichick’s Alaskan Klee Kai, and the photo resulted in a string of humorous tweets including this one:

In an interview on The Adam Schefter Podcast, Belichick’s girlfriend, Linda Holliday explained what happened:

“Well, the funny thing was, you know, all of us our are doing the draft from home. And Nantucket has very strict rules about who is coming to the island,” Holliday said. “So, I worked with Patriots IT people and said, ‘Teach me, I’ll do lighting, I’ll do IT, I’ll do it all. “So, I’m doing lighting and next thing I know Bill (Belichick) had a couple of treats that were left over near his laptop and he stepped away from the table,” Holliday continued. “And all of a sudden he (Belichick) looks and he goes, ‘Look, look at the table’ and there Nike was just sitting there waiting patiently and he knew his treats were there, so that’s what prompted him getting up to the table and he was just waiting patiently for the word to take his treats.”