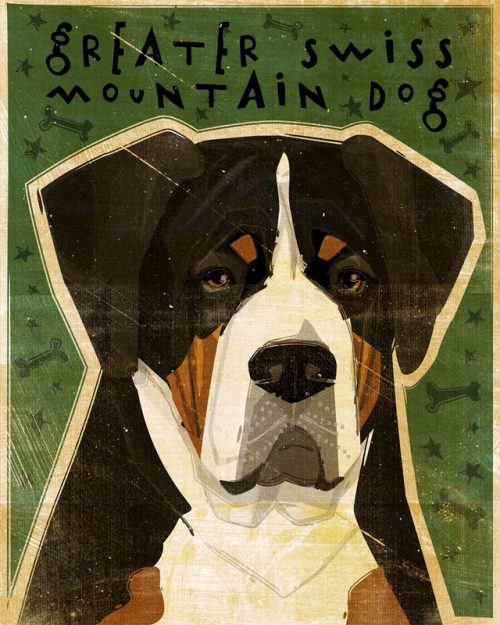 The year 1968 was a bumpy ride in America; some say it was actually one of the most tumultuous and socially impactful single years in history. The Navy intelligence ship, the USS Pueblo, was attacked and captured by North Korean forces,  the Democratic National Convention turned violent, and both Martin Luther King, Jr. and Robert F. Kennedy were assassinated.  The Tet Offensive in Vietnam caused heavy casualties, the Boeing 747 Jumbo jet, then world’s largest passenger aircraft, was launched, Apollo 8 became the first manned spacecraft to orbit the moon, and America’s first interracial kiss on TV was seen when Capt. James T. Kirk kissed Lt. Nyota Uhura on “Star Trek.” From the lens of 2021, some of it seems like tame stuff.

An event of particular interest to dog folks also happened that year: The Greater Swiss Mountain Dog, largest and oldest of the Swiss dog breeds, make its way into the United States for the first time.***  J. Frederick and Patricia Hoffman, with the help of Perrin G. Rademacher, imported the first Swissys to the US at a time when there was thought to be only 350-400 Swissys in existence.

***We came across a source hinting that the breed may have been brought to American prior to 1968 by August A. Busch Jr. (of Anheuser-Busch beer brewing fame), who was known for his interest in cattle and other animals.  According to his niece, Sallie Busch Wheeler, August may have gotten a Swissy during a trip to Switzerland. This needs to be verified and rest assured that we’ll be posting about it if and when that happens.