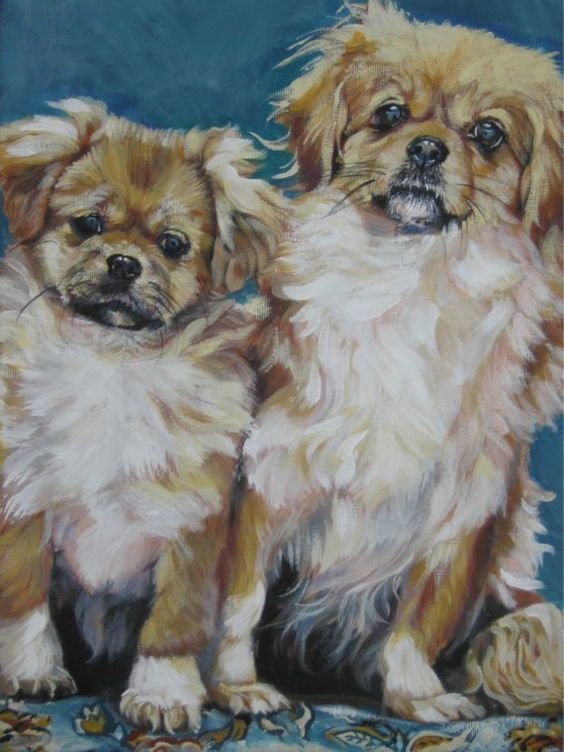 It surprises some people that so many of breeds have been touched by the influence of the clergy. To wit:  During the medieval period of Europe, Greyhounds were saved from starving to death by clergymen who protected them and bred them for the nobility; Reverend John “Jack” Russell developed the Parson Russell Terrier; the earliest written records of the St. Bernard breed are from Augustine monks at the hospice at the Great St. Bernard Pass; there was an association between the Dalmatian and the Dominican order; one of the first reliable descriptions of an Irish Wolfhound came from a Jesuit priest, Saint Edmund Campion…

We can add another example to the list.  Although the first authenticated mention of the Tibetan Spaniel in the United States was in reference to a litter bred by Mr. Harrington in 1965 out of two Tibbies imported from a Tibetan monastery, it was Leo Kearns who popularized the breed.  Kearns was the sexton of the Trinity Lutheran Church in New Haven, Connecticut, and the Tibbie he bought from an antiques dealer (Doghouse Dream Baby) was a frequent visitor to his church. The pup was so popular with his parishioners that Kearns sought out English breeders to get another dog. Kearns eventually acquired English Ch. Yakrose Chiala of Amcross from M.C. Hourihane of Amcross Kennels in Wilts, England. That dog was bred to Dream Baby, and in 1968, she whelped the first known American-bred litter of Tibetan Spaniels.  Dream Baby was later shown at the national specialty in the veterans class (at the age of 11) and in the brood‐bitch class.

As an aside, in 2015, another Lutheran pastor, Jim Pence of Zion, Waynesboro, stepped out of his traditional role of parish pastor and joined his wife, Marcia, in showing their Tibetan Spaniels, Mary and Maya, at the Westminster Kennel Club Dog Show.