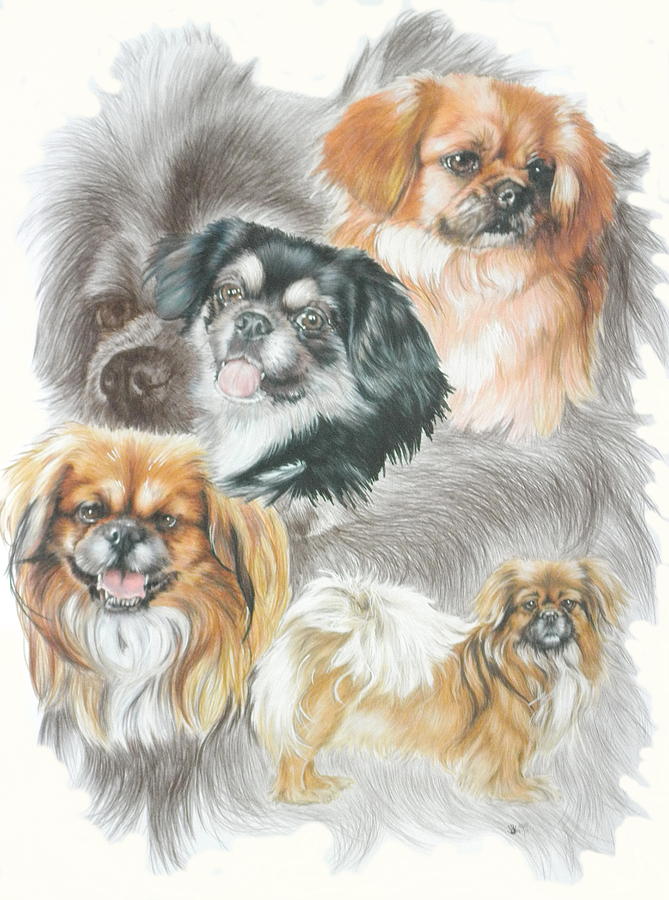 The Tibetan Spaniel has been known for at least 2,000 years, perhaps longer if one considers the work of Professor Ludvic von Schulmuth; he created a genealogical tree of Tibetan dogs which suggests that Tibbies evolved from a descendent of the Gobi Desert Kitchen Midden Dog some 10,000 years ago.

The “modern” Tibetan Spaniel (the one recognized as such for a couple of thousand years) was inexorably connected to the Buddhist monks and lamas who bred them (though villages in the countryside also bred their own bloodlines). Loyally trailing behind their masters,Tibbies came to be nicknamed “little lions” because of their resemblance to Chinese guardian lions which symbolized Buddha’s triumph over violence and aggression. This gave the breed great value and prestige, and as a result, the dogs were never sold; they left the monasteries of Tibet only to be given as tribute gifts to China, to other Buddhist countries, or to dignitaries and esteemed friends.

At home in the monasteries, Tibbies served as companions, bed warmers, and lookouts by lying on high monastery walls and barking at strangers. It’s been widely written that Tibetan Spaniels were also trained to spin prayer wheels, though several sources say that is now in doubt.

The breed was first brought to Europe by missionaries in the 15th century via the Silk Route in the Han Dynasty and became the ancestor of many other small breeds known today. It was introduced to Great Britain in the 1890s, while the first authenticated reference to Tibbies in America refers to a litter born out of two imported dogs from a Tibetan monastery in 1965.