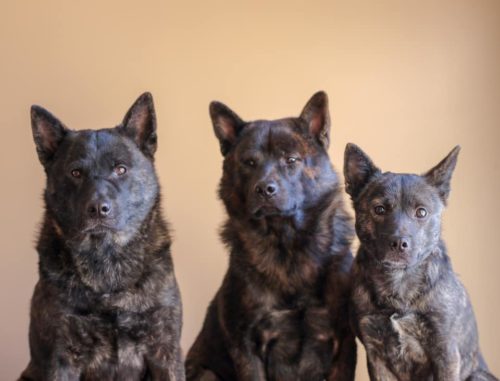 The loyal Kai Ken – sometimes known as the Tiger Dog or Tora Inu – is native to the Kai region of Japan (known today as Yamanashi Prefecture), but it’s a rare breed even in its native country.

Beautiful brindling that is reminiscent of tortoiseshell is a hallmark of the breed, but this tiger pattern is different than from the brindle pattern of other dogs because its brindle is an actual striped pattern in the coat. It also serves a purpose; the dog’s distinct coloring and pattern enables it to blend in with surrounding trees and rocky surfaces, and dogs can sneak up on their prey while being camouflaged from other predators. 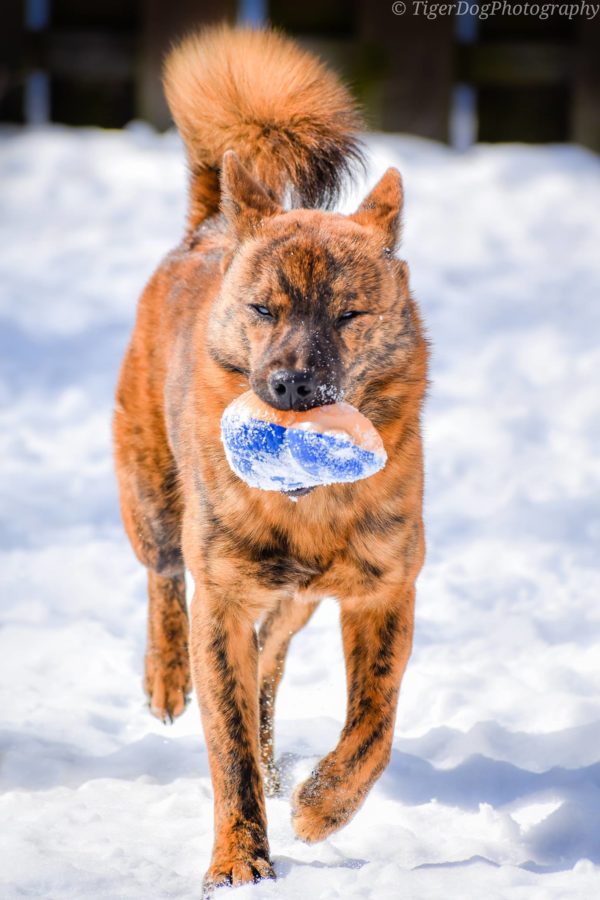 Most puppies are born black and brindle as they mature into one of three brindle colors: Kuro-tora (black brindle), Chu-tora (brindle), and Aka-tora (red brindle, the rarest of the coat colors; these puppies are born a lighter color). There is a cream color, as well, the result of a recessive gene, but these dogs are not pedigreed in Japan, and thus cannot be shown and are discouraged from being bred.

At one time, there were two “types” of Kai that each hunted very specific game. Boar hunters were the stockier, thicker framed Shishi-inu with a bear-like face.  The thinner, fox-like Shika-inu hunted deer.  Our sense is that the Japanese no longer distinguish between the two types, though both were an important part of breed development. The Kaiken Aigokai – the primary Preservation Society for the breed in Japan – doesn’t use the expressions “bear type” and “fox type” anymore,  but it does describe the dogs as either the “round face” or the “long face,” neither preferred over the other.