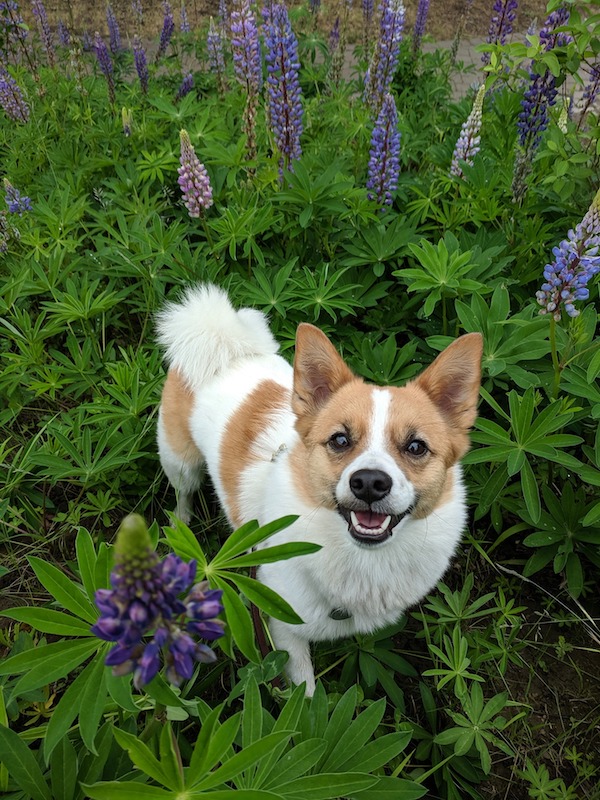 See if you can name this breed.

Dogs of this breed are so flexible, they can extend their front legs sideways with close to a 180-degree spread. They can reach up and backward behind their heads with their heads help upright, the aforementioned flexibility allowing them to easily scamper over rough scree, rockfalls, and heavy brush. They have remarkable upright and highly mobile ears that make them formidable hunters by sound, but dark eyes and “mascara” around the eyes helps reduce glare from sunlit snow.

You might be thinking that we’ve just described the Norwegian Lundehund, but you’d be wrong. We’ve just illustrated a few points of the Norrbottenspets.

Certainly, there are similarities between the two such as the ones already mentioned. There are a few more. Both are friendly, Nordic breeds. Both have dense coats that insulate and repel water, and shed moderately. The pair are so similar, in fact, that when the Norwegian Kennel Club implemented an ‘Outcross Program’ in the hopes of reducing the incidence of gastrointestinal disease within the Norwegian Lundehund population, one of the breeds utilized in the program was the Norrbettenspets (the others are the Norwegian Buhund and the Icelandic Sheepdog).  With the help of a team of geneticists, the breeding strategy involved crosses to the breeds mentioned; The resulting cross-bred F1s were bred back to Lundehunds, and as of 2017, there were F2 puppies). 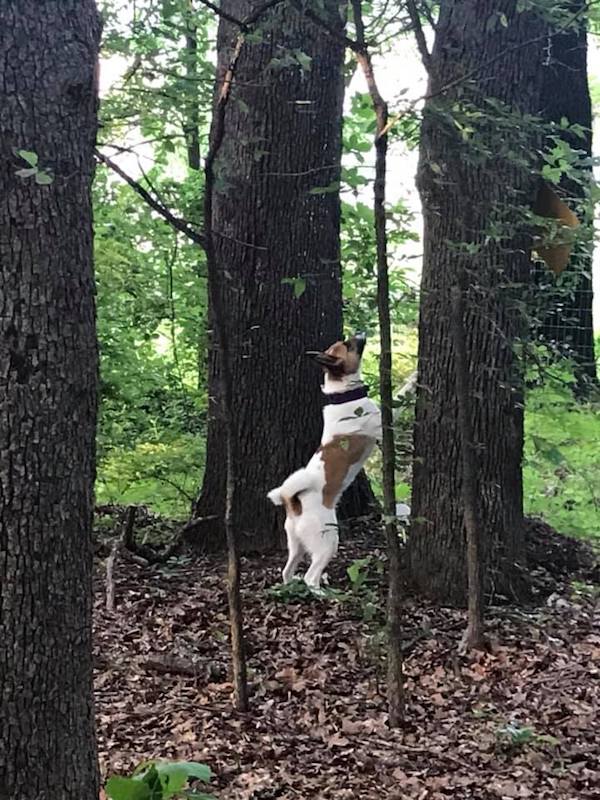 Each breed also hunts differently. The Lundehund is more of an independent hunter because its historical prey, the Puffin, was found where hunters couldn’t go: Steep vertical cliffs and narrow caves. The breed was “built” for vertical travel, and one significant difference from it and all other dogs, (not just the Norbottenspets)  is that the Lundehund uses rotary action in its shoulders.

A Norrbottenspets must also navigate rough terrain, but she does with smoothly and freely while covering a lot of ground.  Unlike other hounds, this breed uses sight, scent, and sound (most hounds tend to specialize as sight or scent hunters). Once she finds game, she must hold it – not an easy thing when the game may be a 1,500 pound Moose. She moves constantly to confuse the game, and calls out to the hunter with high-pitched vocalizations which also serves to cover the sound of the hunter’s approach.  Indeed, in hunting trials, dogs are required to bark at 100 barks per minute or faster.

Both are truly remarkable breeds.