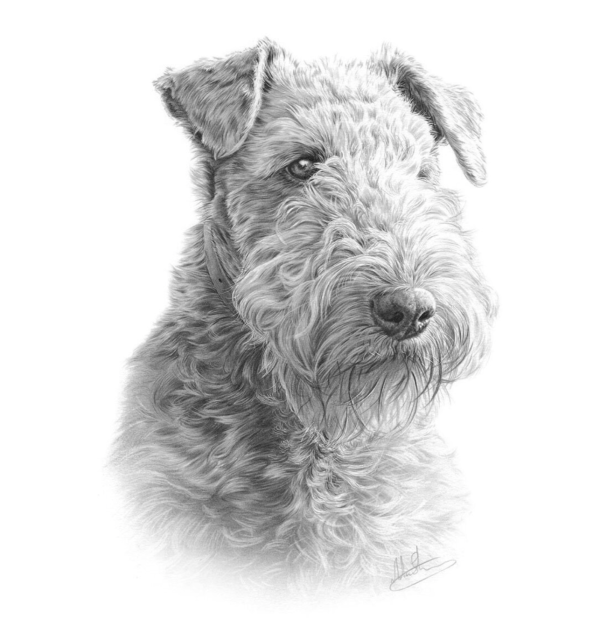 “Thunder” and “Fracture” seem to us to be perfect names for a terrier, and as it happens, both were the names of real dogs who were significant in their shared breed for different reasons. 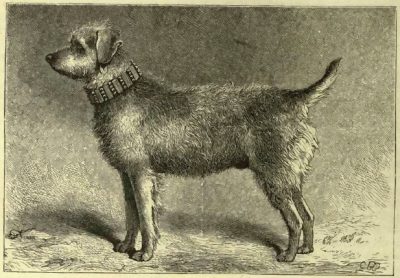 Thunder, from The Illustrated Book of the Dog, London/New York

When Vero Shaw published his important Book of the Dog in 1880, it was the first dog book ever to mention the breed by the name we know it today, Airedale Terrier. It contained the first written standard of the breed, and an illustration of the dog upon whom that standard was based. The dog’s name was Thunder, and he was owned by the person who wrote the standard in 1879, Reginald Knight. Curiously, a number of judges and breeders signed a declaration of intent to abide by the standard. Curious for reasons that are evident in the next paragraph.

Most people would be appalled to learn that the rules of a game they play are written to benefit the writer of the rules, so understandably, there was an uproar among a lot of Airedale fanciers at the time who felt Mr. Knight wrote the standard to fit his dog. They noted that even breed proportions were based on Thunder’s actual measurements.

C.H. Mason, who imported “Bruce,”  the first Airedale into the United States, commented that Knight’s description in the breed standard was radically wrong in many respects. In a Part I of a column that appeared in ShowSight Magazine back in 2012, the ATCA Illustrated Committee with April Clyde, President, mentioned that Knight hadn’t bred the dog to the ideas of other fanciers trying to set the “type” for this evolving breed, and that the standard was discounted by the majority of breeders.  In response to the fuss, the Kennel Club in the UK crafted a new standard. We are still looking for that 19th century version, the most recent breed standard updated by the Kennel Club in January, 2020.  Still, we are grateful for Reginald Knight’s high opinion of Thunder and for his having gone to the trouble of having a lithograph made of the dog. To our knowledge, it is the earliest published portrait of an Airedale Terrier.

And then there was the Airedale bitch, “Fracture.” Of her it was said, “An extremely well-made Airedale, her head, body and feet being very good but her coat is somewhat too soft in texture.” The quote appeared in the 19th century book, “Dogs of the British Isle,” by J. H. Walsh along with a wood engraving by Butterworth and Heath based on a sketch by A. Baker. 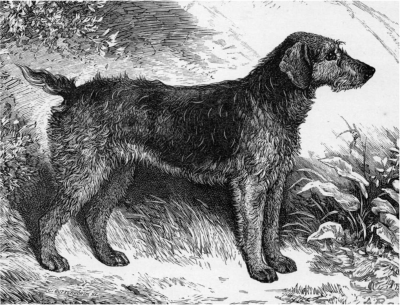 “Fracture,” in a woodcut based on a sketch by A. Baker

Fracture was bred and owned by a Mr. Wade, and was by Crack out of Poll, Crack having sired four champions, Rock Prince, Sweet Moireen, Bolton Woods Blossom, and Bolton Woods Briar.  In her day, Fracture was considered the best at the Wolverhampton Show “where she won cleverly in a rather strong class.”

Fracture’s image suggests a dog getting closer to today’s Airedale Terrier, more so than Thunder, particularly in her head, and stop. We find her noteworthy for that alone, and for being able to see what she looked like all these years later.

The top image is considerably more modern and was create by the wonderful artist, Nolon Stacey.  Prints are available for purchase here.