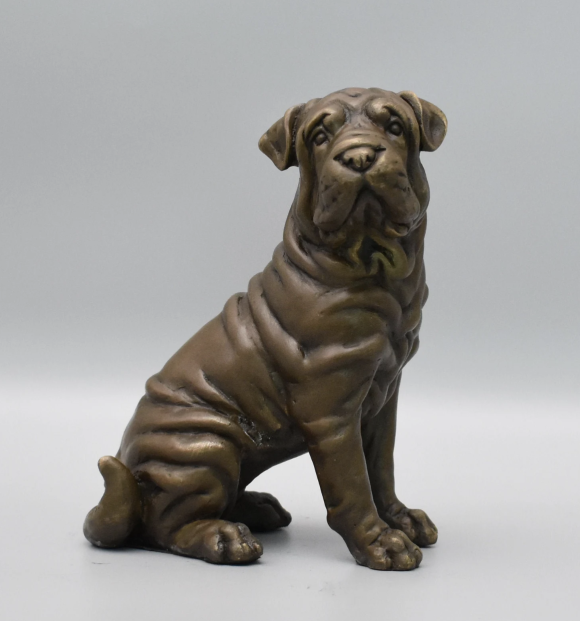 There are twenty-one colors that a Chinese Shar-Pei may be registered as with the AKC, and according to the breed standard, all solid colors and sable are acceptable and to be judged on an equal basis.  Some of the colors either include “black” as part of their name (solid black and black sable), or appear blackish in spite of their color’s name (a blue Shar-Pei).

A blue Shar-Pei isn’t actually blue, but charcoal gray.  She has dark pigmentations on her tail, nose, and some parts of her body that distinguishes her from a blue dilute variety.

A black sable Shar-Pei isn’t black, but has a lighter color base and a black-tipped coat. These dogs look darker than the other sable variations because of the number of hairs in their coat that are black tipped.  The breed standard writes, “A solid color dog may have shading, primarily darker, down the back and on the ears….shading must be variations of the same body color and may include darker hairs throughout the coat.”

A black Shar-Pei has a solid black coat; the gene that results in the black in the Chinese Shar-Pei (and most dog breeds) is beta-defensin103, the locus known as K.  While there are three alleles at the K locus (KB, kbr, and ky), only KB and ky occurs in Shar-Pei. All black Shar-Pei produce eumelanin pigment, and therefore have at least one KB allele.