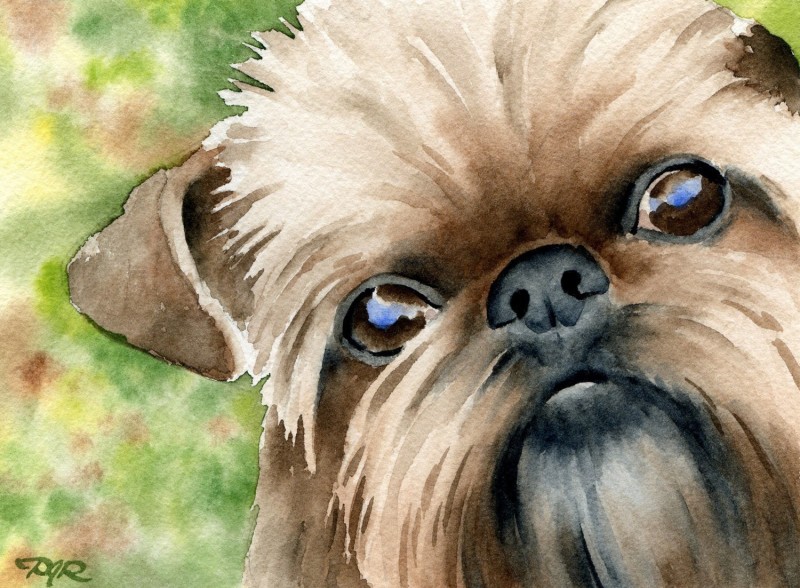 Here’s a few things you might not know about “Verdell” a Brussels Griffon who appeared in the 1997 film, ”As Good as it Gets:”

•   In one famous scene, “Verdell” mimics Jack Nicholson’s OCD traits by stepping over cracks in the sidewalk. Filmmakers accomplished this by placing little obstacles on the cracks so that the dog had to step over them. They then removed the obstacles digitally in post-production;

•   Betty White, an animal rights activist, was offered the Shirley Knight (Beverly Connelly) role, but turned it down when she learned of how the dog’s character would be mistreated in the movie;

•   Brussels Griffons also appeared in the films, “First Wives Club” and “Gosford Park,” as well as on the sitcom “Spin City.”

The breed has a reputation for charming naughtiness, probably a legacy from terrier ancestors. She won’t think twice about unrolling toilet paper or upsetting waste baskets if she thinks she’s been treated unfairly, left behind or snubbed.

10 thoughts on ““Verdell” the Brussels Griffon”