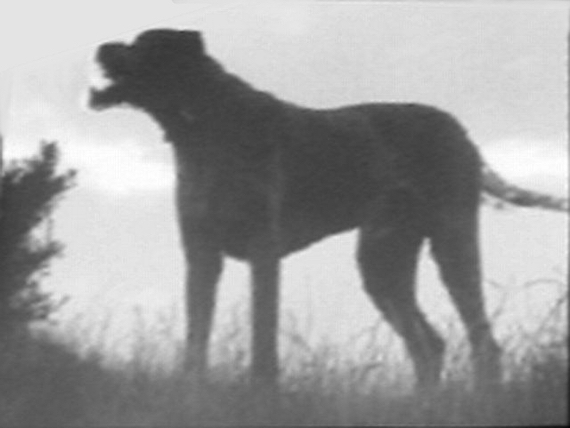 The “black dog” is a ghost, a phantom, an apparition sometimes associated with the devil, and usually regarded as a portent of death. These entities are typically found in folklore and legends of the British Isles, and they’ve gone by many names: Hairy Jack, Padfoot, Black Shuck, Skriker, Barguist, Gytrash, the Grim, Lean Dog, Shug, and Trash.  Despite their many names, what they’ve all had in common is the ability to scare the wits out of the people who say they saw them. Black dogs are rarely man’s best friend, and if anything, they’re malevolent creatures. That they exist has been believed enough to have led to the naming of geographical areas, taverns, and buildings such as the Black Dog Halt railway station. Black dogs did do one good thing, however; they inspired Arthur Conan Doyle to write The Hound of the Baskervilles.

The birth of that classic tale is rooted in the legend of a notoriously violent squire, Richard Cabell, who lived in West Buckfastleigh in the late 17th century. Feared and despised by all, Cabell reputedly sold his soul to the Devil. When he died in 1677, villagers entombed him in a sepulchre out of fear that he would rise from the dead. It backfired. Satan’s black hellhounds appeared around his burial chamber almost immediately, howling in frustration and rage at being denied access to their soul.

We love this next part as reported by the website, KnowledgeNuts. Underneath the graveyard where Cabell is buried are limestone caves stretching for miles. Deep in the caves, and directly under the grave of Richard Cabell is a strange formation that occurred when a stalagmite and a stalactite came together. Known as the “Little Man,” it is said to look like a man in 17th-century garb. Even today, it’s said that if you run around Cabel’s grave seven time, then reach through the iron bars of his tomb, Cabell will start chewing on your fingers.

Image found on Pinterest and credited upon receipt of information