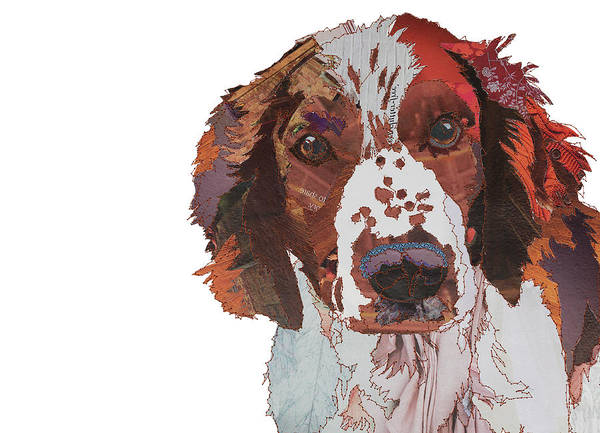 There is, perhaps, no greater compliment to the writers of a breed standard than that their words endure long into the future.  Early authors of the Welsh Springer Spaniel standard would be button-popping proud that their standard remained virtually unchanged for over 150 years, the last change being approved in 1989. Furthermore – and to the credit of breeders, owners and fanciers –  there is no working-type versus show-type, no American-type versus foreign-type in the breed. There is only one type, and that type can work in the field one day and compete in a show ring the next.

The hard muscled working condition a Welsh Springer needs in rough terrain serves him well in a conformation ring where conditioning is also important.  Sometimes called the “working man’s spaniel,” show judges do well to reward a dog created to perform in bracken and shrubs growing between rocky hills, and thus, should bear in mind that this ancient breed wasn’t bred to be glamorous, fashionably groomed, or exaggerated in any way.

The breed was “designed” exclusively to work by springing game towards a net or into the air for a falcon to snare because the gun had yet to be invented. To that end, all parts of the WSS point to functionality. Relatively small ears with light feathering are less likely to be torn by briars, tangled by burrs, or filled with bits of organic debris from the field. A slight arch of the lumbar vertebrae permits flexibility needed for efficient extension of movement. A tightly knit body with a long rib cage and short loin give the heart and lungs plenty of room, while a compact, not leggy, build endow the dog not just with endurance, but with the flexibility called upon to quarter and trail over the twists and turns of uneven ground.  Indeed, a balanced, correctly built Welsh Springer can turn on a dime while at the same time, gathering and then extending himself as he springs into cover. And finally, a naturally straight, flat and soft coat is sufficiently dense enough to be weatherproof and resistant to thorns.

In short, the Welsh Springer Spaniel is a study in form following function. To circle back to our opening paragraph, a well written standard mindful of the breed’s purpose meant that frequent updated versions were unnecessary.

Image: “Springer” by Catherine Kleeli is available for purchase here