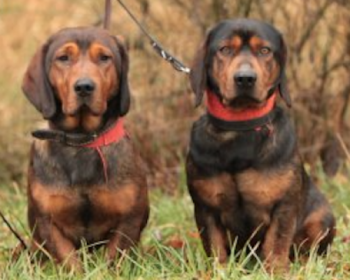 As scandals go, it was a big one.

Love, betrayal, a disruption of royal succession, a murder/suicide, maybe even incest………..the Mayerling Incident, as it would come to be known, had it all.  No fewer than eight films, three books, and eight stage plays would be made of the 19th century tragedy, and as late as 1993, forensic evidence was still being examined. Even today, doubt remains about what really happened at a hunting lodge.

It all began with the heir to the throne of the Austria-Hungary Empire, Rudolf, the Crown Prince of Austria. The only son of Emperor Franz Joseph I and his beautiful wife, Elisabeth, Rudolf was married off to Princess Stéphanie of Belgium at the age of twenty-three.

What started out as a happy marriage had soured by the time Rudolf and Stéphanie’s daughter was born two years after the wedding.  Drifted apart from his wife, Rudolf amused himself with drink and the company of other women; in 1886, Rudolf bought, “Mayerling,” and adapted it into a hunting lodge where he could get away from the formality of court life, enjoy his drink, carouse with his mistresses, and get some hunting in.

Two years after Rudolf bought Mayerling, the crown prince, now 30 years old,  met 17 year old Baroness Marie Vetsera, aka “Mary.” They began an affair, and from the start, Mary adored him. Some sources write that Mary was not the love of his life, but Rudolf did have feelings for her, and was touched by her almost fanatical love for him.

And this is where things get murky.

What is known is that January 29, 1889, Rudolf attended a family dinner with his parents before they left for Hungary. He excused himself to leave for Mayerling for a day of shooting with Mary. Two days later, Rudolf’s valet was unable to rouse Rudolf from his rooms, and out of concern, Rudolf’s shooting partner, Count Joseph Hoyos, broke down the door with an axe. Rudolf and Mary were found dead.

One account describes Rudolf as having been found seated at the side of the bed, motionless and with a trickle of blood running from his mouth.  Mary was lying on the bed, naked, ice cold and rigid.  Other sources write that the couple was found shot to death in bed, the presumption at the time that the Crown Prince had shot the Baroness, and hours later, turned the revolver on himself.  Still others maintain that each had committed suicide.

A massive cover-up by the royal family followed, with the family passing off Rudolf’s death as one of natural causes. An attempt to to hide Mary’s body entirely was also part of the cover-up.

There was no shortage of theories that disputed the official report. Before her death in 1989, Empress Zita, widow of the last Austrian emperor, Karl, claimed that the couple had been murdered as part of a conspiracy to silence Rudolf after he had refused to take part in a French plot to depose his pro-German conservative father and assume the control as a pro-French liberal Austrian emperor. There was also this shocking claim. 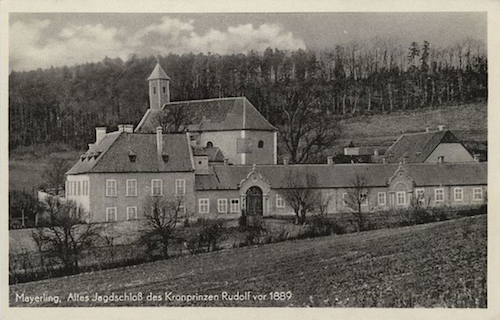 In December 1992, Mary’s remains were stolen from the cemetery at Heiligenkreuz (Rudolf is buried in the Habsburg family crypt in Vienna,)  and when they were recovered,  the Viennese Medical Institute was asked to examine them to ensure they were the correct remains. Her skull had no evidence whatsoever of a bullet hole, the supposed means by which she had been killed by Rudolf. Instead, evidence suggested she’d been killed by a series of violent blows to the head. Entirely separately, a report on the remains of the crown prince made clear that he had been part of a violent struggle. A report at the time also noted that all six bullets found at the scene had been fired from a gun that didn’t belong to the crown prince.

In his grief, Franz Joseph turned the hunting lodge turned into a convent where Masses were said for the soul of his dead son.

We may never know conclusively, but that Rudolf’s death had major impact on the world cannot be understated. The eldest surviving brother of Emperor Franz Joseph I,  Archduke Karl Ludwig, assumed the throne and became the last Austrian emperor. After Karl Ludwig’s death, his oldest son, Archduke Franz Ferdinand became heir presumptive, and it was his assassination in 1914 that led to the chain of events that resulted in World War I.

As for the Alpine Dachsbracken, it was recognized by the FCI in 1975, and the United Kennel Club followed suit in 1996. These days, the breed isn’t hunted as much as it once was during Rudolf’s time, but its engaging personality and gentleness with children makes it a marvelous family dog.