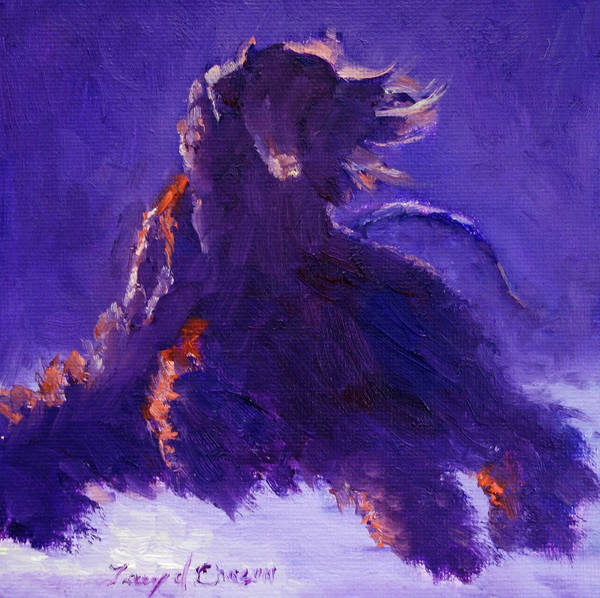 Most of us will never get to see an Afghan Hound in action on a hunt, but these incredibly fast runners were used to hunt game for hundreds, and perhaps thousands, of years in the remote mountains and valleys of Afghanistan. Certainly its presence predates written history, and one of the first published descriptions of the breed didn’t appear until a drawing by English soldier named Thomas Duer Broughton was published in the early 19th century. Bred by different nomadic tribes, the breed was known by many names including Tazi, Kuchi Hound, Balkh Hound, Baluchi Hound, Barukzy Hound, Shalgar Hound, Kabul Hound, Galanday Hound, Kalagh, and African Hound.

Afghan Hounds of the southern and western desert regions had shorter hair, were mostly light-colored, medium-sized and lightweight.  In the northern mountainous regions, the hounds had thicker, longer, and softer coats that were darker than the “desert” hounds in color.

One thing that both had in common were big feet, and broad hind feet of good length is still written into the breed standard.  In fact, pads that aren’t thick enough, or feet that are too small are considered faults. Large thick feet are necessary for the Afghan Hound’s directional changes, speed and gripping power needed to follow the movements of its primary prey, the hare, particularly in mountainous areas where maneuverability was important. Big paws also helped the dogs withstand long, tough days under the desert sun and on rocky terrain.

We thought you’d like to see the dog in action, and while the second video offers a better view of the twists and turns the breed is capable of, the first video is just pretty to watch. And oh, check out the paws, they’re big!

Back in 1982, the judge, Herman Felton, expressed concern that unusually large feet were in danger of being lost in the breed. We don’t know if now, nearly forty years later, he was right to be worried,  but such was the important of the dog’s “running gear.”