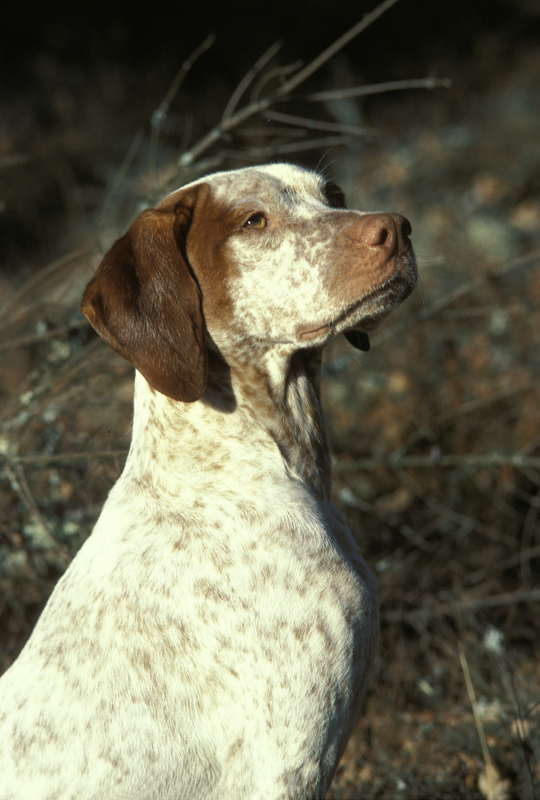 The Braque du Bourbonnais is also known as the Bourbonnais Setter and the Bourbonnais Pointing Dog, but whether it’s a setter or pointer, there is something unique about this breed, and it’s at the other end of his nose.

Whether the Bourbonnais is regarded as a setter or a pointer, it might be the only one of either that was most often born with a bobtail. An ancient breed, the Bourbonnais evolved in France during the 15th century, and until the mid 19th century, these essentially tailless dogs weren’t much known outside the historic province of Bourbonnais.

This aspect of the breed, however, nearly ruined it. Breeders wanting to continue the natural bobtail started focusing more on that than on the dog’s soundness, and by the 1900s, the number of deaf, infertile, or poor tempered dogs had increased. Warned by the great cynologist, Pierre Megnin, of breeding too tightly, breeders wisely heeded his advice, but the breed didn’t improve by much. When WWI erupted, the Bourbonnaise was just about wiped out.

In the aftermath, improvements were slow but steady, and then WWI broke out.  Members of the club that had been formed in 1925 squabbled amongst themselves, breedings screeched to a halt, and by 1967, it was feared that the last of the breed had been seen.

Despite warnings that it couldn’t be done, Michel Comte tried to resurrect the breed. It turns out that “they” had been right. Comte wasn’t able to resurrect it, but he could recreate it. With the help of dog experts and his veterinarian-brother, Comte recreated the breed using dogs seen in his brother’s practice that closely resembled the Bourbonnais. These dogs known as country braques (or braque du pays) gave Comte and his cohorts a chance to concentrate the genes of the original breed. 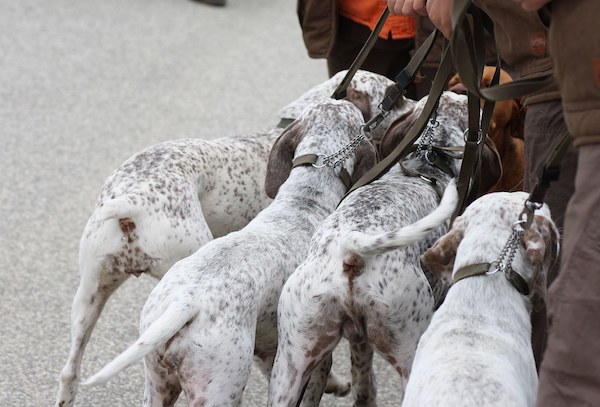 By the end of the 1970s, Braques de Bourbonnais (pronounced brock-do-bor-bon-NAY) were being registered in the French stud book, and breed numbers were on the rise. Today, the breed is thriving, particularly in the United States where the first Bourbonnais appeared in 1988. As we write, the breed is registered with the AKC’s Foundation Stock Service.

We notice that photos of modern Bourbonnais show many of the dogs having longer tails, and perhaps a lesson was learned from mistakes of the past:  If a breeder concentrates on one thing only, and other breeders follow suit, there is usually a price to pay.