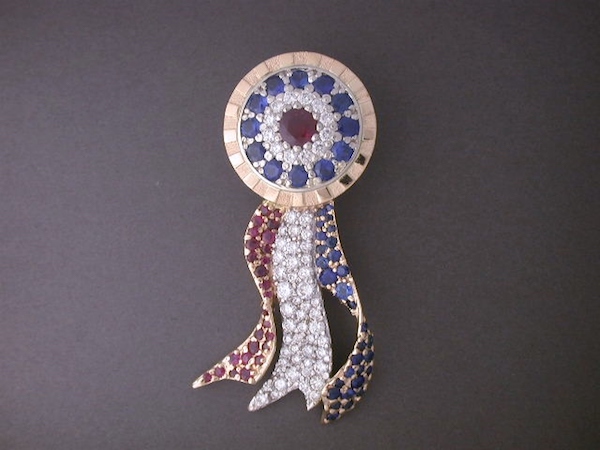 One can be a fancier for a lifetime and never experience a Best in Show win. It’s humbling for a fancier, if not awe inspiring, to watch a televised dog show and see dogs that have won several of Bests in Show, let alone one. “Flynn,” for example, the Best in Show winning Bichon Frisé at Westminster in 2018 went into the show with eighteen BIS rosettes in his proverbial pocket. Eighteen! This translates to thousands of dogs having been defeated by this little white marvel.

It’s staggering, then, to know that there are dogs with over one hundred Bests in Show, but one dog had to be the first, and it was a Boxer named CH Bang Away of Sirrah Crest. He did it 1954, and when “Bang Away” retired from competition, he did it with 121 Bests in Show awards. 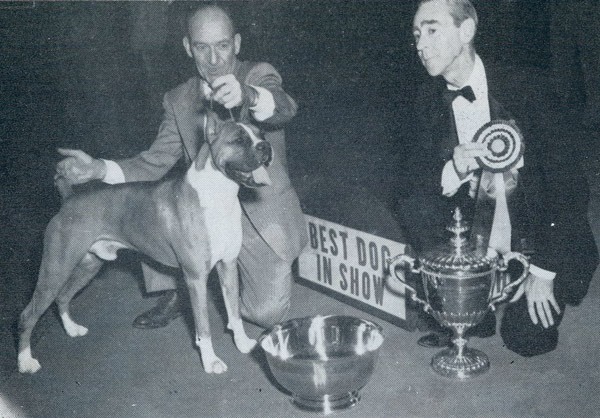 Image of “Bang Away” after winning Best in Show at Westminster in 1951. Photo from the AKC Archives.

When Bang Away broke the 100 Best in Show records,  it was almost as if he broke the dam because the feat was accomplished a few weeks later by an English Setter named, “CH Rock Falls Colonel.” Still, “Bang Away” by most accounts, was the greatest American Boxer of all time. He won the most (he was defeated only 5 times), he sired the most champions, and he changed the look of the breed. He was probably the most published dog of any breed, having appeared in Life, Colliers, Esquire, and many dog magazines and newspapers. He was so famous, in fact, that airline pilots knew him by name and would brag to each other that “Bang Away” was on the plane!

Image of Best in Show Rosette in 14K yellow gold with rubies, sapphires, and diamonds, an original by Omar that you can get here for your first Best in Show

One thought on “One Hundred Bests in Show • What Breed Was First?”