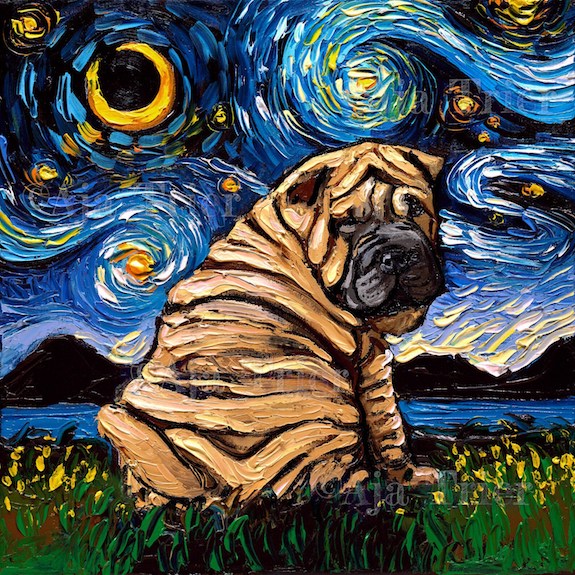 Does this sound familiar? You sit down to enjoy a marvelous meal at a Chinese restaurant and notice that paper placemat before you depicts the twelve Chinese zodiac animals, one for each year. Haven’t you typically looked to see the animal that represents the year of your birth, and the qualities associated the people born that year?

Our readers will probably remember that the dog is the eleventh zodiac animal, but do they know why?

According to legend, the Jade Emperor summoned all the animals to see him in heaven and announced that the first twelve animals to finish in a race would be representatives of the zodiac, their placements determining their order. As it happened, the dog ran side by side with his friend, the rooster, but just as they reached the finish line,  the rooster flapped his wings and finished one place ahead of the dog, making him the only bird among all the zodiac animals. From that point on, the dog and rooster became enemies, and this is why so many chinese idioms involving dogs and roosters are negative.

The Chinese culture is rich in legends and myths, and another one involves the Yao and She ethnic minorities of China. This myth has a long oral and written history among these people who regard the dog as their ancestor. It is the legend of Panhu.

As the story goes, an ancient emperor named Di Ku offered gold, a title, and the hand of his beautiful daughter, Yun-Ch’i, in marriage to whomever could kill his enemy general, the dreaded Marshall Wu, and return with his head.

Panhu, a “dog god” with furs in five colors (also described as a dragon dog), rose to the challenge. He bit off the general’s head, presented it to the emperor, and subsequently married the princess. Panhu and his princess-wife moved to the southern mountains where they had a family of six sons and six daughters. These children became the famous twelve clans of Chinese mythology, and the forefathers of the Yao and She people.

According to the story, Panhu was a Shar-Pei, and if you own a Shar-Pei, now you know why your dog might occasionally act like royalty while sitting under the heavens. Just saying.

Image: “Shar-Pei Starry Night” by Aja, owner of SagittariusGallery is available as a print here