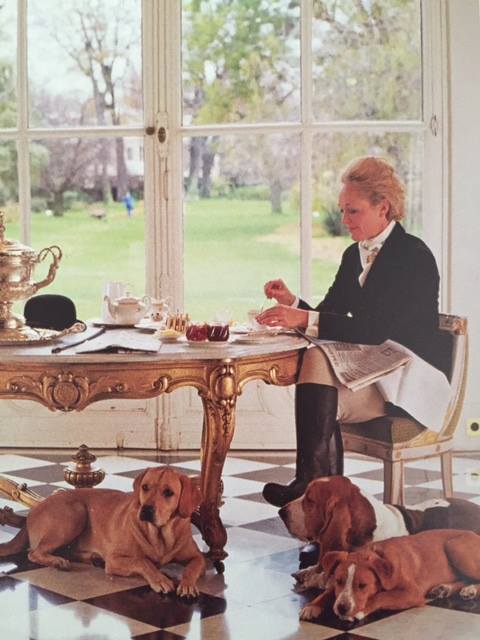 If you’ve been able to take your dog into England in the last 15 years, thank this lady.

Her name is Lady Mary Fretwell, and being married to the British diplomat to France led to a good deal of travel. Each time the family returned to England, their dogs would have to be quarantined for six months. It was on a return trip from Paris in 1987 that “Bertie,” the family Basset Hound (seen in the photo), suffered terribly during his time in the kennels. He was a different dog after the quarantine, and died soon after his experience. The gut wrenching event prompted Lady Fretwell to create the “Passport for Pets” scheme in 1994 to offer a better alternative to the quarantine system based on modern vaccines and blood tests. In February, 2000, the first phase of the program was implemented. For her efforts, Lady Fretwell was awarded the OBE (Most Excellent Order of the British Empire) for services to pet owners and animal welfare.

Photo of Lady Mary Fretwell with her dogs taken by James Mortimer in 1987.

One thought on “The Pet Passport”