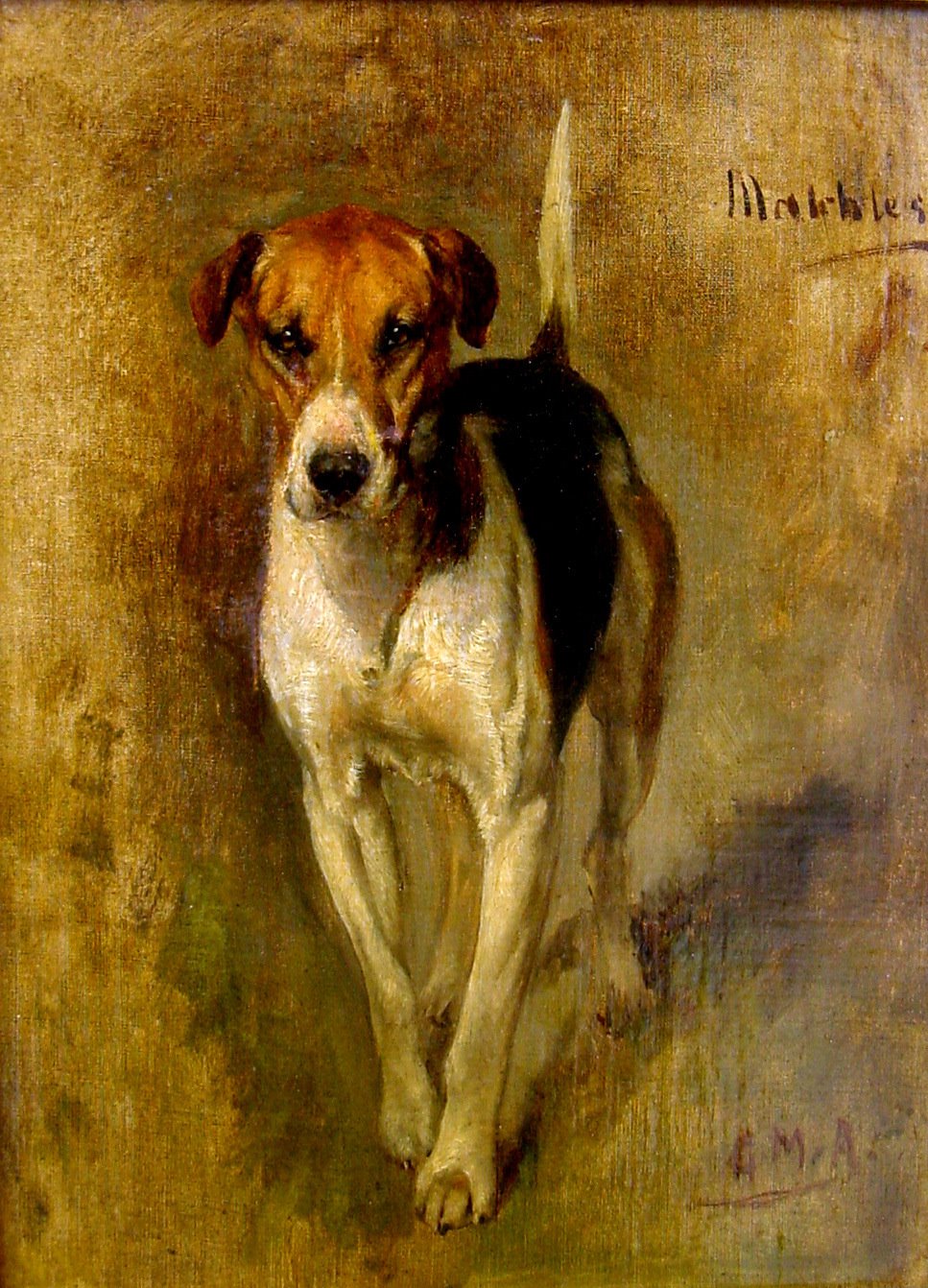 Because deer, foxes, and and coyotes don’t climb trees to escape a predator, the hounds that hunt them don’t usually bother sniffing around tree trunks for their scent. These hounds are often referred to as “running” hounds (as opposed to “treeing hounds”) even though occasionally, some of the dogs will chase game up a tree.

Of the running breeds, the Harrier, English Foxhound, and American Foxhound are further referred to as “running gear breeds” because their feet and legs are of such importance. In British packs, language describing the Harrier’s feet is further is further refined by indicating that they should be as much like a Foxhound’s as possible. The bone should be perfectly straight from the arm downwards, and it should descend in the same degree of size to his ankles, or, as the saying is, “Down to the toes.” There shouldn’t be any curve until coming to the toes, which should be very strong and cat-shaped.

The AKC breed standard for the English Foxhound was put together years ago by fox hunters, and outlines the essential components of a successful working hound. The scale of points assigns 20 points to legs and feet, 5 points to elbows, 10 points to hindquarters and 10 points to shoulders, awarding 45 of 100 points to the merits of the hound’s “running gear.” That only 5 points are assigned to the head certainly evaporates any notion that the English Foxhound could ever be regarded as a “head breed.”

Regardless of breed, correct feet in a running hound are essential in ensuring a full – and comfortable – working life in the field.

One thought on “Running Gear Breeds”