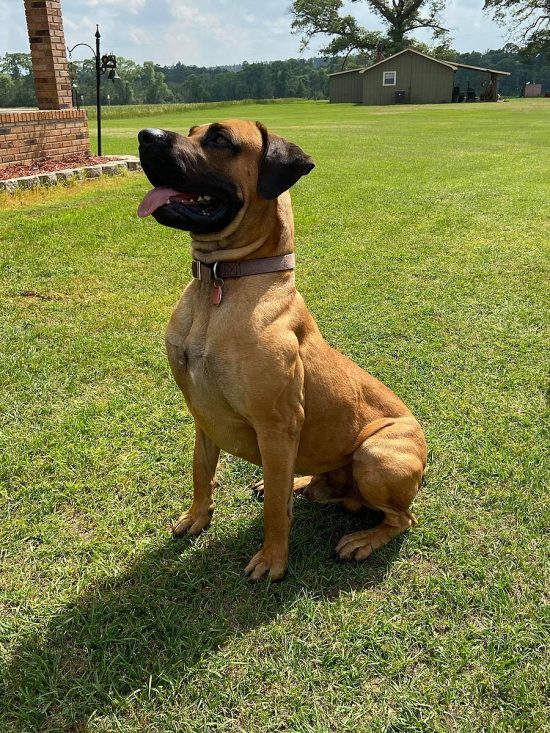 A caped man flying across the sky is startling. but a dog in a tree is marginally less so for people unfamiliar with treeing dogs. Among the best of them are Curs. In this post, we focus on the Black Mouth Cur, and the different lines in it.

As with several other breeds, i.e., the Catahoula Leopard Dog,  Alaskan Malamute, American Bulldog, and Bluetick Coonhound, the Black Mouth Cur breed has within it bloodlines that tend to differ in size, coloring, and skill set. Individual families developed these different lines more than 100 years ago, and in a short series commencing with this post, we’re going to explore them.

We start with the first line of Black Mouth Curs to be registered as such, the JD Howard line.

In the early 1940s, these dogs were registered at a courthouse in Washington County, Alabama, probably the Howardtown courthouse less than fifty miles north of Mobile, Alabama. The family, however, had been breeding them for 100 years before that. This was the original Southern Black Mouth Cur, a dog that was as important to its family as a shotgun. These dogs protected the homestead, but if there was protein on the table, a Blackmouth helped get it there. BLCs did hunt raccoons, a popular prey of treeing dogs, but the Howard line was more adept at baying rather than treeing as compared to other lines. Even young puppies from the Howard line demonstrate an affinity for baying (potential owners with nearby neighbors would do well to remember this). Once a raccoon was up a tree, the dog would bay which let the hunter know when – and by following the found – where a raccoon was treed.

The Howard line produced dogs that were especially protective of their homes, and to this day, they range hard and are fast hunters. Their particular talent is in hunting squirrels, wild boar, deer, and feral pigs. Earlier in their history, they gathered cattle and pigs at slaughter time.

We came across a video of one in action. Check it out:

Not much has changed about these talented dogs since the early days.  They are still built more like hounds with longer legs and a less muscular build. They still range in color from yellow to red and have short course coats.  As of 2016, the legacy and breeding of the (Southern) Black Mouth Cur was carried on by Steve Howard.  This line can be found living with hunters, ranchers, and foresters in all 50 states and Canada, and such a widespread presence among outdoorsmen underscores the appreciation placed on performance.

If you have a BMC from the Howard Line, we’d love to hear you from you and see photos of your dog!