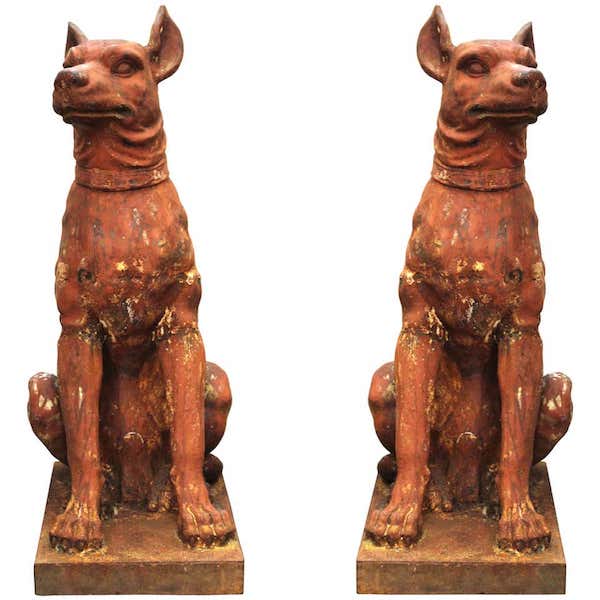 He is the largest of the French sheepdogs, and if those “velociraptor” dewclaws don’t make an impact on you, the breed’s abilities will. If you are still a hard sell, surely the breed’s antiquity will impress you; documentation that dates back to 1578 mentions the Beauceron in a Renaissance manuscript.

If that still doesn’t rouse you to take notice of the breed, maybe this will: The Beauceron is a thoroughly French breed. It descended from a hardy ancient canine designated by paleontologists as the “Chien des Tourbieres” from the French Jura, and was developed entirely within the confines of the country. It was never crossed with any foreign breed. Ever.

Still, it took a bit of time before the breed’s own “countrymen” could appreciate it.  When the first dog show was held in Paris in conjunction with the World’s Fair in 1863, thirteen Beaucerons (or “Bas Rouge,” aka red stocking) were exhibited, but they were simply regarded as working sheepdogs, not show dogs. If there was any particular point of debate at the time, it had to do with their working type: The long-coated variety was known as Berger de Brie (or Briard),  and the short-coated type came to be identified as Berger de Beauce (or Beauceron.)  In 1897, the first club for the “chiens de berger” (herding dogs) was formed, but the Beauceron and the Briard were still considered to be one breed with different coat types.  It wasn’t until 1911 that a separate club for the Beauceron was formed and the two breeds divided. This club, Club des Amis du Beauceron, continues its stewardship of the breed today in France.

A full thirty years after the World’s Fair, the first Berger de Beauce was enrolled by the Société Centrale Canine. Not until 1922 was the first breed club established. As an aside, the first Bas Rouge was registered in September, 1892.  Born a year earlier, the jeune femme’s name was Bergere de la Chapelle and she won the title “Champion of Beauty.”

For more on the breed, visit our posts here and here.